With the exception of a new toilet flusher and some shoes whose colours are downright otherworldly by 1940s standards, yours truly hasn’t invested in much new tech in 2014. Just because I haven’t bought new gadgets, opting instead to invest in hedonism for my tastebuds (burgers and fries), I keep up with the trends in case I’m asked to represent Earth in some sort of intergalactic brainstorm.

Like any other year there have been survivors and corpses, with the former becoming as ubiquitous as our morning slurp and the latter becoming the butt of jokes that only industry insiders and annoying people will understand twenty years from now. I’m more interested in the failures, the Avro Arrows of the bunch because I see a lot of distilled human hope in these gadgets, hope that never got a chance to pupate and morph into pure dollars, cents and rabid Internet dissection. Let’s take a look at those devices that will NOT see the bottom of the kiddies’ Christmas socks this holiday season:

Nike signed endorsement deals with three industry heavyweights and employed renowned street artists such as +Muck+ to collaborate on some customized boards.

Too much hype. Nike spent over six hundred million dollars building hype with teasers, pop up Internet cafes that served free ginger beer and a guerrilla art campaign that really pissed off Europe. The keyboards’ distinct graphics and air technology that made each keystroke feeling like you’re poking a chubby puppy’s belly weren’t enough to sway consumers. They also created controversy by replacing the “@” sign with the famous Nike Swoosh and attempting to create a new type of mail service called “NikEmail”.

Back in 2011 consumers were shocked by a report indicating that most computer monitors contain wheat, which of course contains gluten. Whole Foods announced early this year that they wanted to expand their product offerings to include non-food items that would fit into their dedicated customers’ healthy lifestyles. They worked with Zenith to produce the world’s first gluten-free computer monitor.

Despite being warned not to attempt to eat the monitors, health nuts still attempted to, mostly due to the fact that the innards of each unit were flavoured to taste like chicken tikka masala.

The king of Hollywood reboots accepted the challenge from Xerox president Lolly Bave to reinvent the fax machine for the 21st century.

The biggest change Abrams made was replacing the classic high-pitched scream of the fax machine with the low, ominous hum of a large spacecraft crashing into Earth, like this:

Abrams also made the mistake of replacing the classic telephone handset that came standard with older machines with high-powered LED flashlight. The idea was to utilize the light in case of a deep paper jam, but with new technology already part of the unit, paper jams rarely occurred, rendering it useless.

A laser jet printer aimed at the young adults who made novels like Twilight a smashing success.

When printing the machine would emit a soft cry which elicited several 9-1-1 calls from concerned parents who thought their teens were not printing their books reports, but rather were on the verge of suicide. The printer’s display also provided daily messages to users pulled from some of the more popular titles. Xerox spent a reported six million dollars acquiring the rights to these quotes and was forced to use cheaper parts, making each unit’s lifespan a paltry three months. 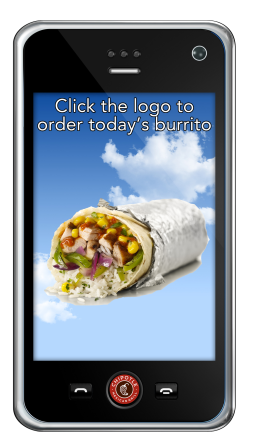 The prospect of the Grillphone was met with much fanfare as consumers marvelled at its cheap price tag ($14.99) and impressive array of standard features. Things went awry when a scathing Wired article revealed that users would be met with a “deal of the day” option every time their phone was activated. If one was to accidentally press the unit’s logo button while on this screen their E-Sauce account (necessary to use the phone) would automatically charge $10.99 to their credit card and a burrito would be made available at the nearest location. Also, if the user didn’t respond within 15 seconds, the burrito would be ordered automatically. The apps were also limited and were mostly about tacos.