The sands of time are all over me

Last weekend as we were lying in bed, arguing over whose turn it was to brush the tooth, my wife noticed a grey chest hair that belonged to me, not her. I’ve had grey hairs on my head, face and cat, but this new development means the migration south is fully on. Next stop: an attack on my waist hair, which is the polite way of saying pubes I guess.  It was a real wake up call, both literally  (in that it gave me the pep to get up bake some fresh cereal) and figuratively, as up until then I had never really felt very old despite being Flirty Fun Thirty One. I’ve resisted aging up until now by playing the electric guitar naked when no one’s home and by keeping up to date with the latest Mountain Dews. But it might be time to give it all up and just accept that I’m too old to still be wrapping my family’s Christmas presents in old sweatshirts that I need back once the present is unwrapped.

I bet he’s going to Church

Going from boy to man to grandpa to financial burden is rife with contradictions, making a clean transition next to impossible. For example, my boy mind isn’t interested in shaving because he’s used to being baby smooth and hates doing anything that doesn’t involve the couch and some sort of treat, so the man-me simply elects not to most of the time. But by not shaving I grow facial hair, making me look like a full man,  someone who wouldn’t be out of place yelling at his baby.

I’m sort of worried that my head doesn’t match my style anymore, due to the greys and the slow uncovering of my naked head combined with my propensity for fresh looks. So if you’re friends with me, please tell me if I look like an undercover cop or one of those rich dads who never wears socks and owns a bunch of hats emblazoned with luxury car companies. 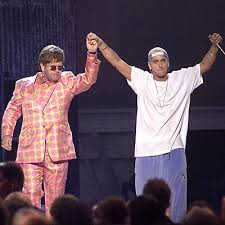