The other day, hamburger chain McDonalds revealed a new mascot to represent their line of child-sized dinners. The public was quick to declare it “creepy” and “scary” but I think he looks like a regular guy who just happens to have spaghetti arms and pronounced lower eyelids:

Because of the backlash, the future of this thing remains uncertain. I’m hoping it sticks around because there are a lot of other mascots in fast food history that have gotten the hook mainly due to public pressure, without ever getting a chance to succeed. Let’s take a look: 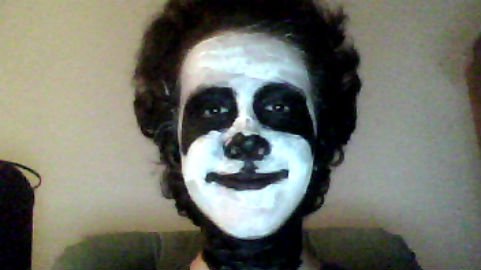 Manchu Wok’s ‘Ploomoo’ – The comedian who portrayed Ploomoo died after shooting just one commercial and in his honour, the company suspended sales of the new Peanut Butter and Garlic Fried Beef dish he was promoting.

New York Fries’ ‘Silvio & Marcus’ – NYF briefly considered giving their brand a European twist by promoting the use of mayonnaise on their fries. Silvio was the “fries” and Marcus was the “mayo” and the ads showed how well they go together.

Red Lobster’s ‘Injured Lifeguard’ – His short-lived catchphrase was “Hey, get me some shrimp, would ya?” 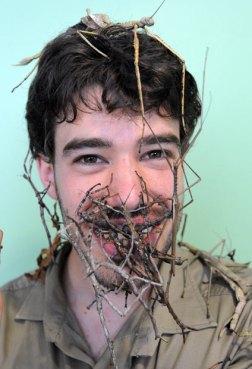 Swiss Chalet’s ‘Oliver’ – Around 2001, the rotisserie chicken chain aired teaser ads featuring the above teen. Weeks later, the company ditched whatever is was they were trying to do with Oliver (named by fans, in the ads he was nameless) by canceling the campaign, with the mascot’s intentions remaining a mystery.

Burger King’s ‘Brother Cheese’ – In 2008 Burger King tried to capitalize on the success of their “King” character by creating a fictional medieval universe based around the restaurant. Brother Cheese was a power hungry monk who got turned into half an owl by a dark cola wizard after The Knight of Buns caught him of stealing onion rings. This is all contained in the 14 part epic fantasy series based around the short-lived King’s Court of The Northern Hex menu.

Taco Bell’s ‘Burger Buster’ – Taco Bell ran a promotion in 1998 where you could come in and trade any burger for two soft tacos, straight up. The mascot was not received well, especially after they tried to claim that his dick is just a burrito.

Wendy’s ‘Willow’ – Created to appeal to rural customers who thought Wendy didn’t represent their values. Wendy’s subsequent “Garbage Burger” did not sell well at all and the character was nixed.