When the white starts falling, my brain starts calling and I trudge out onto the plains to make a man of snow.

No, that’s not a Neil Young lyric, it’s an artistic reality. My snowmen are deeply personal expressions of my ideal man and have never been exposed to anyone outside of my snooping neighbour, Hewlett, and anyone passing by en route to Pogo Acres during pear season.

Not everyone is as secretive as I am. You may not know it but there’s a thriving scene of artisans from pole-to-pole sharing their creations via social media and FROSTI, the glossy, Rupert Murdoch-founded semi-annual dedicated to all things chilly.

As an avid follower of the form I’ve scrapbooked images of my favourites and would like to share them with you to expose some under-appreciated work as well as to provide me an alibi for today, as my cousin told me he’s planning on framing me for “something bad”. 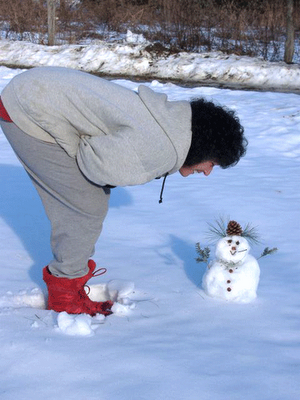 What is loneliness? We’ve been seeking the answer for eons and we found it in Daphne C.’s groundbreaking work created on a roadside patch next to a seasonal crab shack, closed for the winter. 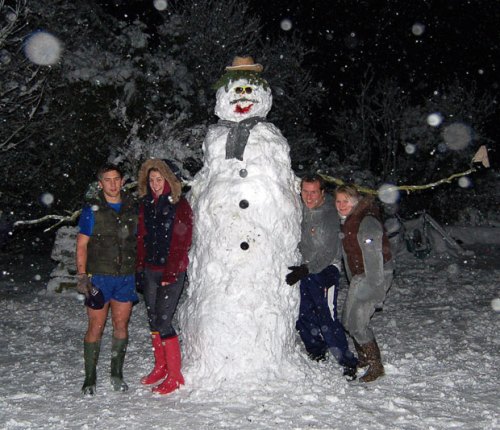 Wisely utilizing the spacious backyard of their leader’s wealthy parents as a canvas, the always controversial MoonWave Collective sculpted this stunning nine-footer, evoking the hopelessness concurrent with American electoral reform. 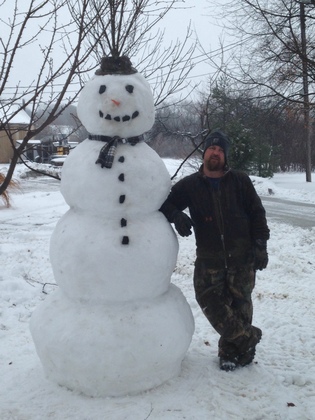 Half craftsman, half enviro-warrior, 100% artist; Dolphin is a power player in the scene and sent shock waves throughout his sleepy Oregon neighbourhood  when a rare snowstorm afforded him the opportunity to create this disturbing piece. Reaction to the quad-baller was initially mixed until it was spared by bully and notorious man-melter, Scott McDonald. Word quickly spread thereby elevating its status to become a popular local photo op until it rained two days later.

Breaking tradition is certainly the calling card of Nimble, who once used the heads of a group of kindergarteners as brushes to create a massive painting of a copyright symbol, commissioned by the organizing committee of the 2010 Vancouver Winter Olympics. 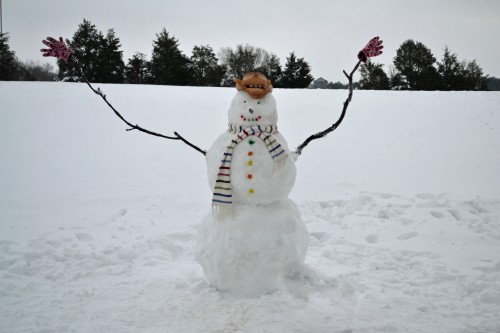 Greddy sought to reflect the heart of man rather than his neck as an affront to the Spherist Period of snow crafting, which had dominated the medium for weeks.

Ian was influenced equally by brutalists and The Empire Strikes Back when he first conceived last year’s Neige De Ronde Prize-winning piece. Taking a staggering entire afternoon and six flagons on hot chocolate, the finished man was an instant hit and was even mentioned in the season finale of Bones.

This entry was posted in Uncategorized and tagged art, snow, snowman, winter. Bookmark the permalink.