My team and I spent a good chunk of the afternoon brainstorming some ideas around the human crotch. It was for internal purposes that we cannot reveal at this juncture, but would nonetheless like to share some of our thoughts to encourage conversation and inspire innovation. Let us know if you have anything to add! 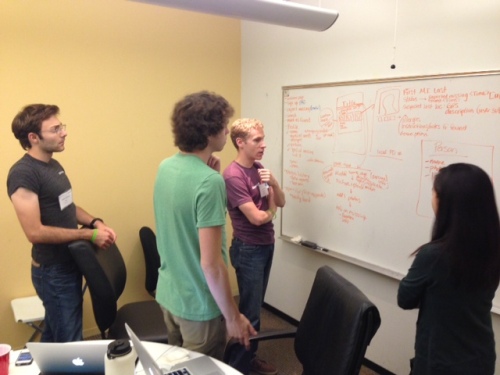 Theo, Lonnie, Han, and Inka busy at work, right before I bought everyone dough for lunch.

This entry was posted in Uncategorized and tagged brainstorm, crotch, whiteboard. Bookmark the permalink.