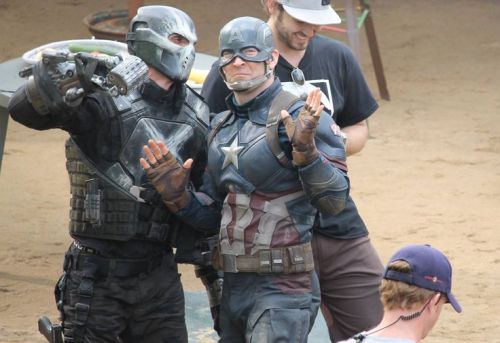 The tits and fists of Marvel’s finest are on full display in the latest comic book to huge screen transfer, in a movie we’re all forced to call, Captain America: Civil War. This heavyweight’s got everything you love, from tailored black leather jackets and vests zipped halfway up, to black cotton jackets zipped half way up. It’s all bound together by out of this world action and special FX from Hollywood’s most expensive computers.

I’ll give you two guesses what this story is about… did you guess “trouble”? Trouble seems to follow these super stars wherever they go. This time around a really smart guy without any control over lightning or water named Zemo decides to split the team apart by totally outsmarting them. This is one of those nouveau bad boys who starts the movie as a “who is this guy?” then is slowly revealed as a “someone who’s pissed about something that happened before”.

Because of this guy’s bad brain, the Avengers gotta choose between fighting alongside half man/half car Iron Man, or U.S. citizen and accomplished globetrotter, Captain America. Once the teams are evenly distributed so that no one cries, they all go at it  with thousands of hard but safe punches and whatever magic Santa brought them for puberty. This raises the question, “who are the bad guys?” but is easily answered by “he who wishes to explode something”. Since none of the following are eager to destroy more skyscrapers than is necessary when fighting a huge creature, they’re still good even if they scowl more than usual. 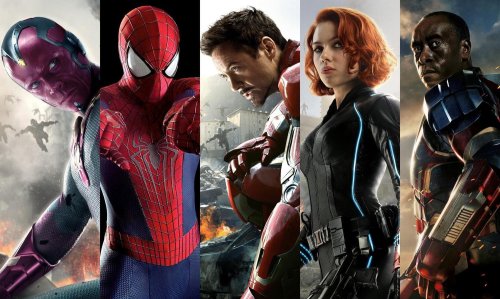 Iron Man’s team has a couple aliens, cat woman and his buddy who always copies him. 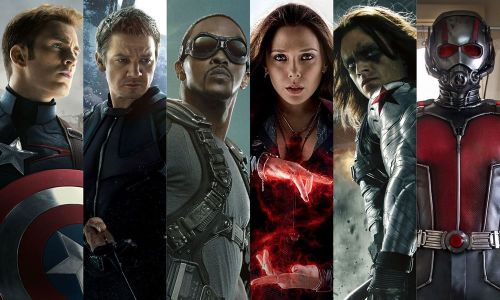 Captain America signed up Robin Hood, A Falcon, Mrs. Boring, his best friend who totally rocks even though his brain is screwed, and Paul Rudd

Heheheh is this Batman??? No way.

Throughout this thing I couldn’t help but think of how comfortable the Avengers are at their compound where Tony Stark has provided them with unlimited furniture, leather jackets, and a screen next to every toilet.

I’d give this movie seven Marvel movies out of ten Disney Universes, and would recommend it to any shut-ins who want something bright but can’t do the sun.