What’s in my coffin?

I’m still a relatively young man so it’s rare that I take time to reflect on my own mortality, but with Halloween right around the corner I simply can’t resist. Last year, the “orange day” prompted me to put the finishing touches on my will, where I decided to leave my collection of murder mystery scenarios to whomever the sexist woman alive is in the year 2100. The year before that I filmed myself pouring gravy over some graves and tombstones and sent the footage to the Jackass crew. This year I got death vessels on my mind because I had a dream about being in a passenger train that a big alien used as a cigarette that he or she lights over a volcano. If I die and you’re reading this please pass it along to whoever owns my bones–I hope it’s someone in my family but I always figured we’d die together on a viper safari so it’ll probably be someone from my work.

My family leans toward cremation because it reminds us of sitting around the campfire but that doesn’t mean I shouldn’t be prepared to be buried in case fire becomes super expensive in the same way lobster has.

First off, I’d like you to please stick some glow in the dark stars and planets on the ceiling of my coffin, just in case I re-animate. Instead of panicking and wishing to re-die, I’ll be able to imagine I’m in Heaven when in reality I’m trapped in a tube under Mississauga.

In terms of style I’m down for whatever–wooden box, bag, coffin that looks like toxic waste barrel so the priest will have an easy time with jokes during the lowering–but please try to get a famous person to sign it so my future family can sell it if they end up shitty.

In terms of clothes, I’d like to be buried in a wedding dress. High fashion has taught me that at the end of the show you put your best model in bridal wear and I really want to show the world that in my mind, I was tops. It’ll also make grave robbers think twice about taking me out and selling me as top-quality wolf bait because there’s nothing more sad than a dead bride, especially one who isn’t “beautiful” according to standards set by the media these days. 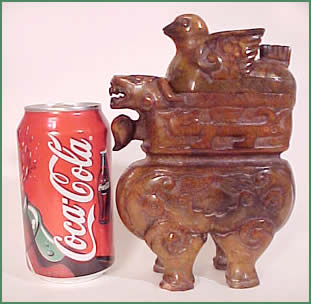 I’m not very picky about urns and ashes and stuff but I think a suitable way to be turned to dust would be to smoke me along with a stable of classic BBQ meats–brisket, ribs, chicken and whole hog. It’ll infuse my ashes with savoury flavour and make it much easier for my loved ones to use my ashes as a seasoning should they choose to go that route.

Alternatively, feel free to blow me up, either by sticking dynamite in my butt or by including me in the demolition of a famous building. You can strap the charges to my corpse and just toss me in. I think it would give the news something quirky to report on that day and if the building is haunted it’ll let the ghosts know there’s a new spooker in town and he doesn’t play games.

Hey Canadian government–I have an idea that will make you the envy of seniors worldwide. Set up a program for elderly who are very close to dying and don’t give a FUCK about anything anymore. Let them go out in style by shooting them into space equipped with a space suit and a jet pack like the one George Cloon used in Gravity. They can live out the rest of their lives floating around in space and looking at Earth, taking in its beauty or giving it the finger the best way possible. The best part is that if aliens find the old dead floaters they’ll assume that our planet is made up of sick prunes, underestimating the intelligent he-men who make the big decisions around here.

This entry was posted in Uncategorized and tagged casket, coffin, death, dying, funeral. Bookmark the permalink.