This is your opportunity to see what’s up and what’s down in the life of the butter boy himself, Glenn. It’s time for… 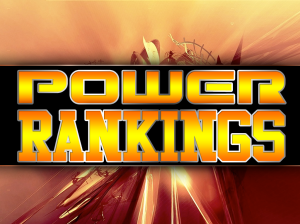 A touch of insomnia and a head full of “oh man’s” brought Glenn belt-to-belt with that bald bitch himself, Exhaustion, in January. He used to face this threat by pupating but now he only gently whines and attempts to push it into the pit using a Spotify playlist full of energy-laden jock jams. If you see him sleepy-eyed, fear not! He is now trained to ignore Exhaustion’s lullaby (a pretty rippin’ blues number featuring Ronnie Wood on pedal steel).

“Value” is a land mammal’s version of the sea’s unlimited bubbles, and nothing says “value” like making use of all the food (eaten or smeared) you bought from the store. Due to a decrease in “Fear Meals Won’t Taste Good” (last month’s #49), Glenn’s groceries are flying out the fridge and into one of the many pans he’s accumulated over the years thanks to miscommunication between loved ones when it comes to gift ideas.

By re-discovering a perfectly sized Ghostbusters 2 juice glass that can be filled to the brim without costing him the carton, coupled with a re-engagement with the guilt-free quench that a cool glass of skim provides, Glenn is back sippin’ cow tea before bed.

As a gift to himself and any screen bean who happens to visit his armoured headquarters, Glenn bought a next generation video game console sometime around the turn of December. With so many plastic PMs invested in this venture he’s been forced to put more effort into playtime and not get frustrated when the boy on the screen doesn’t do what the man stroking the buttons is demanding.

Glenn quit the hockey team last year and while it’s given him time chew on a few puzzles, his active life has suffered. In January he took a squish at squash, which, combined with his summer slams on the tennis trail has completed the move away from team-based stick sports to individual racquet slams. Since many squash meets happen midday at a nearby gym, Glenn’s been forced to adjust his morning shower schedule so as not overdo the shampoo. It’s been a rocky road but we fully expect the timing of showers to shoot back up the rankings next month.

It’s was hard for Glenn to reach for a commercial flesh that wasn’t bird this January. Experts suggest this is the result of a surging ignorance of the tit and a committed embrace of thigh and leg, body parts that have kept Glenn on budget and on flavour.

Glenn tripped over zero lamps in 2o15 according to data mined from his Apple Jeans and yet here he is, lips deep into Janny with two trips on the charts. Both instances yielded disastrous bulb replacements, which raised questions such as “Do we have light bulbs?”, “Where are the light bulbs?” and “Can you recycle light bulbs?”

Premium members get access to the full 407 point list and bonus monthly gifts. This February, glennmacaulay.com is offering members a complete illustrated history of deodorant brand loyalty, starting at puberty with the fabled Right Guard epoch, leading up the current Old Spice revolution.

This entry was posted in Uncategorized and tagged january, power rankings. Bookmark the permalink.