I once tried to watch Cheers in its entirety, backwards. It sucked shit, so read this adventure the way it was meant to be read and start at the beginning:

You find yourself in a cozy, ornate living room of some sort, still clutching the red lollipop you got from the horny barber. Even though it tastes sweet you still think it would be funny to try to stick it onto the ceiling of this stupid place that you’ll probably just disappear from in a few minutes anyway. Before throwing it, you’re wondering why you’re here and not a candy factory but the deep leather couch you’re sitting on feels good under your rear. You’re pretty sure you were sitting on a wig in that barbershop and though it was very uncomfortable, you’re pleased that you were able to detect a wig using nothing but butt.

Just as you’re winding up to throw the lollipop, who should waddle in but SANTA CLAUS! He could be a fake but since you’re on a magical adventure through December you figure he’s the real deal.

“Yes sir, quite. What is this? I know I’m not dead because I still have zits but something’s fucked. You know that. I know that,” you say with the confidence of a golf pro.

“There have been many like you and there will be many more. Once the journey has ended all questions will be answered, ho ho ho merry Christmas, but until then you should follow your heart as you have up until now,” Santa says right as you notice he’s wearing some pretty cool red jeans.

“That’s a Jesus thing, you rosy-cheeked fuck!” you scream, making sure to spit so that Santa knows you’re not scared.

“All will be answered soon my son. Relax, we’ll bring you some gingerbread alfredo pasta and you can rest. You are weary from your journey,” Santa replies calmly while wiping your spit off his beard with a hanky he pulled out of that same beard.

You always figured that if you met Santa you’d talk about the season’s hottest toys but this guy keeps blowing smoke up your ass. Before telling him to “fuck a tree”, your eyes are drawn to the Christmas tree you’re about to ask him to fuck, and dangling from one of its branches beside a strange ornament of a guy kicking a girl, you see this: 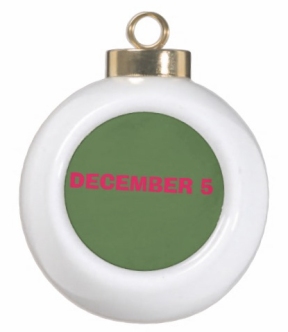 “Hey Santa, tell Mrs. Claus she should get a job,” you chirp as you take a couple strides toward the tree.

“Anger will get you nowhere,” asserts Santa, making no move to stop you but moving slowly down toward his boot where you see the handle of a knife protruding from.

Once you’re close you see that the guy kicking the girl ornament is actually a guy dancing with a girl but it’s very poorly crafted and someone with better vision would assume the same as you did so you don’t feel all that dumb. Anyway, you grab the ornament and smash it on the ground. Inside is this shitty cat toy:

“Silent night, holy shit, all is fucked, isn’t it?” you freestyle sing before grabbing the toy and disappearing.