Bobby Flay might be getting his own video game

The folks over at Konami have approached my management regarding a pitch for a new video game starring my favourite celebrity chef: New York’s own red rascal, Bobby Flay.

I’m currently terrified/excited at the prospect of finally adding a robust digital property to Flay’s already stacked portfolio. It’s a long road to production and nothing has been written in stone but I can’t help dreaming about popping champagne and snacking on Flay-inspired southwest favourites at the launch party.

I’m to pitch my idea next week in Orlando where Bobby is set to debut a new line of bowls inspired by the Navajo of Arizona, with proceeds going toward a stew school for overprivileged orphans . Though they haven’t confirmed that Bobby himself will be at the pitch, I’m very confident he will be, which will make it very difficult to keep my cool. I already have two very exciting ideas to choose from but I’d like some feedback from you guys if you have the time.

Imagine a retro side-scrolling adventure where you control Bobby Flay as he runs, jumps and kicks his way through 10 exciting levels to reach a BBQ Blast in Albuquerque where he’s to serve as the “Meatster of Searemonies”.

Along the way Bobby will be forced to battle unseasoned cuts of meat, and insane bosses like RAGIN’ CAGED-RAISED CHICKEN and SODIUM-LADEN SOUP CAN. But he can ‘t move on unless he turns every ear of yellow corn in the level into blue tortillas simply by kicking them.

Concerns:
– Too similar to Wolfgang Puck in Waffle World?
– Would work on mobile platforms but might cheapen the brand.
– Difficult to tell a fully-formed story using such a simple engine. 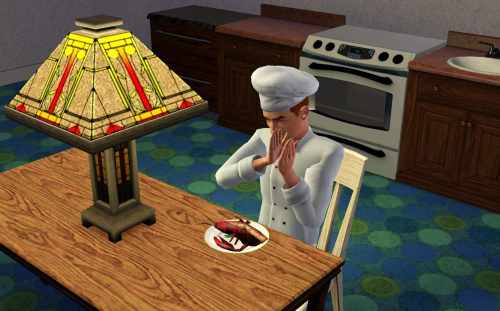 Bobby awakes from a vivid dream to find himself naked and alone in the kitchen of Mesa Grill in Manhattan–didn’t it close in 2013? The mystery begins. You control Bobby and search the deserted restaurant to fill up your inventory and find clues. You spot a  lone boneless pork roast in the corner of the walk-in; equip the roast and begin an incredible journey of intrigue and self-discovery set in the cutthroat world of restaurateurs. Explore exotic kitchens and organic farms, collecting seasonings and tonics as you go, making sure your meat is kept moist to maintain XP. Slowly you’ll unravel the mystery of your current predicament and discover dark secrets that will change the way you sauté forever…

I had my art director, Rolph, throw together some concept art: 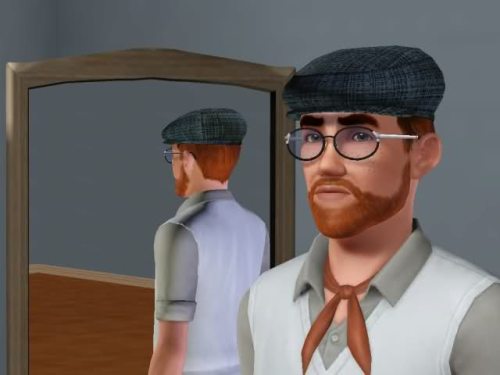 Disguise your Bobby avatar as he enters the culinary underworld in search of answers.

Collect enough items and work your way through several quests to finally get your Bobby back on his feet and dating again.

Concerns:
– Would require licensing from KitchenAid or other major player for added realism. Too expensive?
– Would likely garner an ESRB rating of “M” (Content is generally suitable for ages 17 and up) to account for necessary nudity and side quest concerning Bobby’s messy divorce. Might alienate Bobby’s younger fans.
– Intricate plot and cinematic scope could potentially interfere with future Flay film projects–have Rico check with Bobby’s people

What do you think? I feel I’m on the right track but will definitely need to fill in some of the details in case they “grill” me at the pitch. Wish me luck!