There are 12 days of Advent adventure to enjoy before eye blasting this one. You gotta eat your lettuce before getting into the pickles, you know?

You’re sitting across from a stern-looking man wearing a boring business suit. Good thing you just sucked on a breath mint because this looks, sounds and smells like a job interview!

Before you have a chance to ask him who the fuck he is, he says:

“Tell me about your employment history.”

This is quite the change of gear from your last experience where you were already employed as some sort of tech messiah. You decide against telling the guy about that embarrassing stint as a stamp-licker at a very low-rent retirement home and get into your most recent work.

“I worked for, uh, SMOOF, designing apps and shit,” you put your feet up on his desk, knocking over a custom stapler monogramed, ‘Z.I.P.’, “and you know, I’ve dabbled in a bit of this, a bit of that, few ups, few downs, a couple zig zags and one solid year spent hyping underground chewing contests.”

You’re lying about that last part but it’s not like you pulled it out of your ass. Your dad once tried to publish a series of novels on the subject but they never really caught on.

“Is there anything you made at SMOOF that I would know?” the boss asks excitedly, ignoring the stapler.

“Uhh, does BAARK exist… here?” you genuinely wonder, hoping that your scary dog app is reality in whatever reality it is that you’re in.

“Sure, it helped me avoid a feral dalmatian last weekend! If it weren’t for your app I would’ve been forced to drop my bag of spices and run through Old Man Lisa’s moss bog. I wasn’t wearing boots so it would’ve got messy. Or should I say ‘mossy’.”

You both share a hearty laugh that you cut short with the best fake sneeze you’ve ever delivered. You decide to cut to the chase.

“Sure sure, we could use someone like you around here. Snowmen don’t melt themselves as we say.”

You can’t imagine why a guy like this would be in the snowman demo biz but Kurt Rambis never looked like a basketball player and he ended up fine. 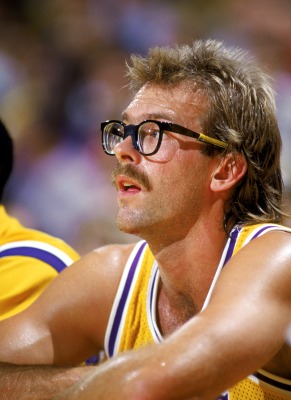 The boss continues, “To show we’re serious, take these tickets to the Leafs game tonight. No monkey business though, you represent the company henceforth.”

He slides these babies across his desk:

The date gate! Time to get out of here. The only thing left to do is to activate it somehow.

“Don’t just stare, give them a rub,” the boss says playfully. You’re not sure whether he’s giving you a hint or if he’s simply a nut bag, but your tolerance for bullshit has gone up considerably since this adventure started so you give them a rub. Nothing really happens so you use your fingernail instead. Sure enough, the Leaf jersey starts to disappear like on a scratch card and underneath is this:

You look up at the boss and he’s smiling ear to ear.

You’re kinda sick of this guy, which is totally fine because as soon as “duck” leaves his beak, your body disappears and you’re off to the next stop.