Well, this is it, the end of the fuckin’ rainbow. Enjoy your last treat but make sure you’ve consumed all these other ones first. Merry Christmas!

You regain consciousness in the conference room of your office where you work a boring job. This is the last place you remember being before starting your adventure. The improv troupe is finishing its pitch with a fun little game called “guess the penis”. Was it all a dream? Doubtful. You can’t fall asleep unless you plug your nose and you’ve been snot-free all month.

The troupe finishes and exits the conference room, but not before stopping at the coffee table and stuffing their pockets with sugar and used tea bags. You’re not sure if it’s another bit or if they’re full of shit but that’s the least of your concerns. Your co-workers start muttering to each other about how they’d rather the company spend money to hire a graffiti artist to paint new male/female signs on the bathroom doors than on improv lessons from a bunch of giddy fuckers. Normally you’d jump at the chance to gab with the gang but you find yourself utterly confused.

Your head is swimming and you don’t notice your friend Gina waving in your face. 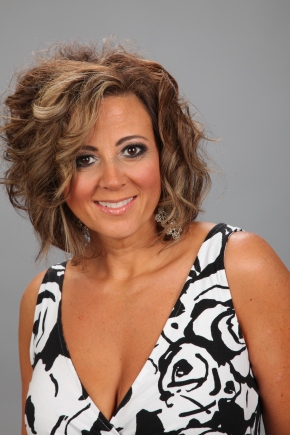 You do indeed “snap out”, rub your eyes and look down to see you’re wearing your regular office clothes. You’re definitely back for real this time and a flood of relief passes over you as well as an urge to go shopping. You smile at Gina.

“I think I had a crazy dream or something. Sorry, I’m totally out of it,” you say.

“Were you in that Jesus thing too?” Gina asks.

“What? Uh, maybe. You mean the Advent calendar adventure?”

“Yeah it happened to me too. I asked the glow straight up what was going on and it told me I was auditioning to be the new Jesus. Pretty weird. I didn’t get the job, obviously, and I guess you didn’t either. I saw you in line there. Fucked up, eh?”

“I thought it was pretty obvious, I mean you had to practice a lot of patience, co-exist with Santa Claus, perform some magic, meet tons of people, kiss people you’d rather not kiss, help out the less fortunate, talk to animals, do a bit of farming, meet with aliens, not eat a whole lot, be focused on your hair, that sort of thing. Sounds like Jesus to me. As for me being so calm? They don’t call me ‘Chill Gates’ for nothing. Come on, lets go draw.”

You’re not entirely satisfied and still wonder why you, Gina and those others were chosen to audition but some things in life are best left unanswered. Ho ho ho, it’s over.

Thanks for reading this year’s Advent calendar. It got tough toward the end because I had to do Christmas shopping and all sorts of other shit so maybe I rushed it a bit but not bad for making it up as I went along. I hope you weren’t let down. I was going to make the ending about the improv troupe being the best in the world and the entire adventure was you improvising with them or something, but the Jesus angle is more wholesome I think. Thanks again and Happy Holidays! I’ll be back in the new year with jokes, gags, spoofs and essays that will tickle your groan zone.

I liked the alien part a lot, the social media brainstorm and the kid who showed you what garbage can to throw up in.

The part in the movie theatre and chevy chase on the street were my least favourite I think.

It’s a few days later and you walk by a church. Because you have full-on proof that at least some of what church loves is real, you pop in. A choir is practicing a song about not stealing. You freeze when you gaze about the altar to where the cross usually hangs. Instead, there’s a painting that looks like this: 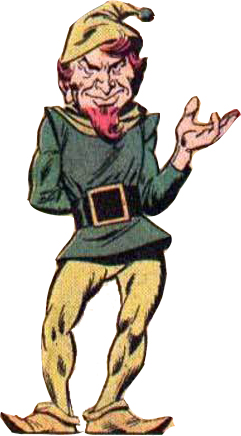 Oh no! The elf known as Phandor must be the new Jesus. That sucks.