Lemme hear you, Canada! Who out there got wires around they wrists hoping someone notices so you can say “It’s for my machines.” Alright, alright cool, I see you freaks and I love you!

Look, I made a new song for the 2019 holiday season and here is the result. It’s supposed to be funny but if it’s not then at least you have a nice little jam full of my signature guitar sound.

You melt through it using a hot piece of iron you’ve been saving for a rainy today to reveal today’s classic Glenn holiday track:

It’s kinda cheating because it’s four years old but this challenge was tough and this song rules. Here are the lyrics, co-written by Warren G and Nate Dogg:

Regulators
We regulate any stealing of his property
And we damn good too
But you can’t beat any geek off the street,
Gotta be handy with the steel
If you know what I mean, earn your keep
Regulators! Mount up!

(Warren G:)
It was a clear black night, a clear white moon
Warren G was on the streets, trying to consume
Some skirts for the eve, so I can get some funk
Just rollin’ in my ride, chillin’ all alone

(Glenn:)
Just hit the Eastside of the HBC
On a mission tryna find a gift for Warren G
Seen a rack full of toys ain’t no need to pause
All you skirts know what’s up with Santa claus

(Warren G:)
So I hooks a left on the 21 and Lewis
Some brothas shootin’ dice so I said “Let’s do this”
I jumped out the ride,
And said “What’s up?”
Some brothas pulled some gats so I said “I’m stuck.”

(Glenn:)
Since these toys on sale i’ma buy them all
These cashiers lookin so bored, they work at the mall
Wont’cha think of better things than some bored cashiers
I think I’ll call Warren G and we can get some beers

(Warren G:)
I’m gettin’ jacked, I’m breakin’ myself
I can’t believe they taking Warren’s wealth
They took my rings, they took my Rolex
I looked at the brotha said “Damn, what’s next?”

(Warren G:)
They got guns to my head
I think I’m going down
I can’t believe this happenin’ in my own town
If I had wings I could fly
Let me contemplate
I glanced in the cut and I see my homey Nate

(Glenn:)
It’s snowing outside and looks real nice
Man, I hope Warren G didn’t go and play dice
He always gets into trouble with this guy named Nate
It’s not uncommon that they’re forced to regulate

I laid all my parcels down, I gave my cat a pet
Turn on my computer and log onto internet
Check out Facebook, type in “warren G”
Saw the following status update staring back at me:

(Warren G:)
Now Nate got the freaks
And that’s a known fact
Before I got jacked I was on the same track
Back up back up cause it’s on
N A T E and me
The Warren to the G

(Glenn:)
Just like I thought
He was hangin’ with Nate
and it sounds like he got jaaaaacked
Ah geez I’m hungry
I’m in need of a goddamn snaaaack

I saw a large pizza sexy as hell
I said “Oh I like your size.”
extra cheese with meat and some bro-co-li, peppers, on the side
I got a belly full of pie and it’s going real swell
The next track is jingle bellllllllss (fade in jingle bells)

(Warren G:)
I’m tweaking
Into a whole new era
G-Funk
Step to this
I dare ya
Funk
On a whole new level

(Glenn:)
What this track needs is some Aaron Neville

(Warren G:)
Chords
Strings
We brings
Melody
G-Funk
Where rhythm is life
And life is rhythm

(Glenn:)
If you know like I know
You don’t wanna step to this
It’s the christmas era
Funked out with a gangsta twist
If you joke like I joke
Then you smile like everyday
And if your ass is a buster
Santa Claus will regulate 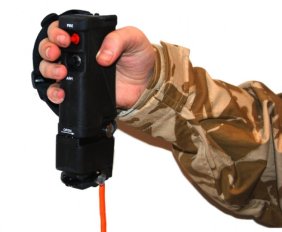 You put on your lead-lined gloves and peel it back to reveal today’s funky-ass holiday track:

Here are the lyrics, one chapter long:

I sharpened up a candy cane
I shivved a fuckin’ guard

I walked right out the cellblock, baby
It wasn’t very hard

You send it on a boat back to its homeland (France), thus revealing today’s holiday track:

Here are the lyrics, which are the only honest ones of this entire audio adventure:

But when it comes to wrapping presents
I am hopeless

I am the shame of both my parents
I’m impatient

I don’t get how people guess
The amount of paper needed for one gift
How do they make the corners look so sharp?
Mine end up looking like floppy tarps

You feed it to your pet horse revealing today’s joyous Joy Division-inspired track:

Here are the lyrics, which are fresh, local AND organic:

Snow is white water
He Is Harry Potter

An allegory certainly
But is it truly a  Christmas movie?

There’s always a part about holidays
Harry sometimes leaves, he often stays
They exchange presents and it always snows
They wear cute sweaters and Christmas robes

It shatters after hearing me sing revealing today’s holiday track:

Here are the lyrics, inspired by mother nature herself:

Yeahhhhh baby
Send a card through email
It don’t take much, to get in touch
when your family’s got email

You slurp it up to reveal today’s sunny holiday track:

Here are the lyrics in perfect English:

First Boil the oil
then add some salt
Stir in vinegar,
preferably malt

dig it up
mix with your right hand

stir it up
remove the dirt and sand

seal it up
leave in the bathroom

I told my dad what she had said
he said “don’t worry she’ll soon be dead
Don’t make that recipe, she’s lost her mind
My nog never includes pork rinds”

You take it on a date and it isn’t interested in a relationship so you’re able to look past it to find today’s audio advent track–a sequel to December 15’s Christmas Dinosaur:

Here are the lyrics so you can show your Sunday School teacher:

Christmas Dinosaur arose from the grave three days after dying
He spent 40 days just walking around eating bugs, roaring and crying
His friends and family exploded in the blast so he felt a lot of sadness
He looked up above and asked his dad, “what is all this madness”?

Dinosaur God said,
“Chill, it’s fine, you can join me up on cloud nine.
Pretty soon I’ll invent humankind
and Dinosaurs will blow their minds”

Christmas dinosaur smiled at his dad, ascended into heaven
He frollicked in the clouds, had sex with girls and made a friend named Kevin 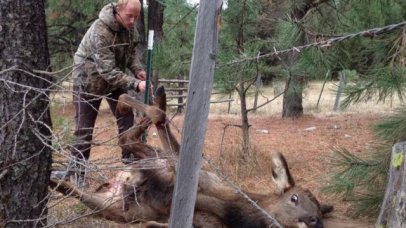 You use a scalpel to carefully cut it away and vacuum up the go0 to reveal today’s AC/DC-inspired hard rock holiday track:

Here are the lyrics that I thought up while cooking a delicious pea risotto:

She smells like Reindeer
Wears a coat that’s very thick

Cuts down pines in the month of May
Christmas Carol

For dinner she only eats candy canes
Christmas Carol

There’s something wrong with that woman’s brain
Christmas Carol

You sing it an Irish hymn and it drifts off to sleep, allowing you to sneak past it to find today’s grungy holiday track:

Here are the lyrics in case your country needs a new national anthem:

Dear God I’m sorry, dude
I didn’t mean to be so fuckin rude
can you stop putting nails in my food?
I swear i think Jesus is really cool like you